Back in September of 07, I quit playing World of Warcraft (much to the suprise of my wife!). I had just started Fire School and was going to be headed to EMT school soon after. I didn't have time for the hours sitting around in game just waiting for something to happen. I needed hobbies that were fun no matter when I sat down to mess with them again. So I quit. I studied. I passed my classes. I had free time again!

In the little bit of free time I had during my schools after quitting WoW, I started back in on the hobby side of Wargaming. And I went head long into it at that! My first project: Build a small autumn themed table! Here is the fruit of that labor: 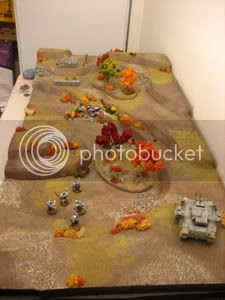 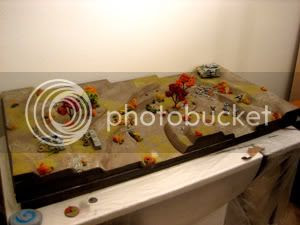 The table was a lot of work, and in fact, it's still not 'finished'. Then again, who is every 100% satisfied with their gaming table? If you're interested in how it was made, feel free to check out The Project Log on DakkaDakka.com

I also quickly began working on my Space Marine chapter, The Grey Death Legion. I have an army of them painted (minus tanks) already, but I felt it was time to put all of that knowledge I've gained over the years on how to paint to good use on an army for myself! So I got to work and finished a hand full of models to my current standard. There are more in the works, a scout sniper and another veteran marine. The group so far isn't even a full squad, but it's about quality, not quantity with the army this time around. 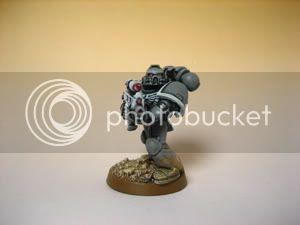 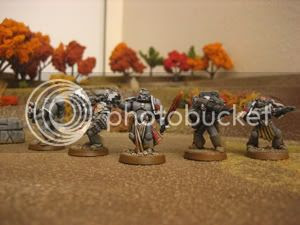 To view the (slow) process check out my log on Dakka.

Another project I started back in on was The Dakka Painting Challenge. This was something I had started many years ago to help drive the community over on DakkaDakka to greater heights! I was deployed to Iraq a few short months after starting the challenge, and unfortunately it didn't survive my absence. When I returned home from Iraq, I quickly started playing WoW. And when I was free of the shackles of WoW, I knew immediately I had to get the Challenge up and running again. So I hit up the new owner of DakkaDakka, yakface, with my proposal to bring it back. And when the new Dakka software was launched, so was the new Dakka Painting Challenge. The first theme, "God Bless the Infantry". The results of which were better than I could have hoped for! And being the modeler painter I am, I just HAD to enter my own piece for the challenge! 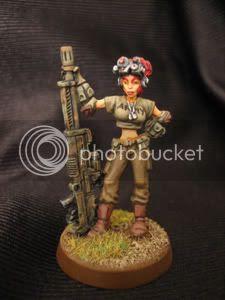 Again, for a more detailed description on how I went about painting her, check out the project log on Dakka.

The next challenge, "Oi! Whose Da Best!?" was an even bigger success, with a LOT more entries making their way into the old inbox! The results came in and who'd have guessed it, I actually WON one of the challenges!! This is the first time I've ever won a DPC since I started them so many years ago. A great accomplishment given the amount of talent that trolls Dakka's hallowed forums! I'm so proud of him: 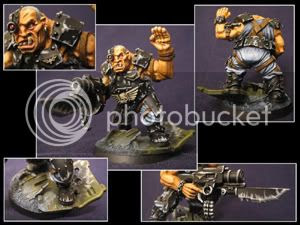 In between the challenges, I had a few months to mess around with whatever I felt like doing. I ended up painting a bit more on my Stormtrooper squad, finishing a model and getting more work done on the rest of the squad. You might notice some similarities between the Ogryn above and the Stormtrooper below. That's because the Ogryn was based off of the Stormtrooper color scheme! 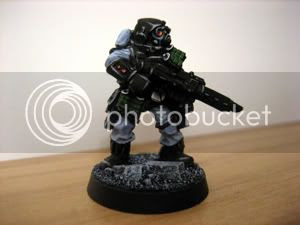 But the piece I am most proud of during that down time has to be my Demon Prince of Nurgle Bust. This was my first sculpt of a miniature and was a lot of fun putting together. 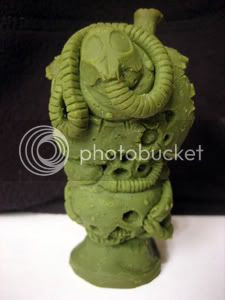 So yeah, that's what one can do when you're not bogged down with a life sucking game like World of Warcraft. I couldn't be happier that I made the decision to quit when I did!
Posted by Unknown at 17:48 4 comments: