First of all, let me apologize for some of these pictures. They aren't quite up to our normal standard. But the hall was very, very dark. Maybe next year we'll have to bring our own lighting and setup a photo booth.

But for now: enjoy! There was a lot of eye candy on display; I was surprised at the high level of the painting contest entries because BoLS isn't exactly known for hobby and painting greatness. 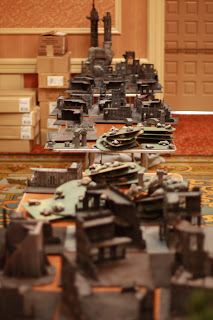 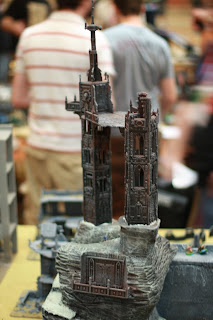 The top is some of the locally produced terrain for 40k; a lot of it was buildings since there was a gigantic pile of excellent natural terrain that came from Chicago. In the middle is the twin pentagonal radio tower piece I built for the Narrative tables. It didn't get as completed as I would have liked, but expect it to be bigger and better next year. (And with a block so that no models are lost inside the ruined tower. Oops.) The last picture is one of my favorites: a Land Raider driving out of my Dark Angels ruined monastery. I've had that piece forever, and it finally got out of the primer stage for BoLSCon. 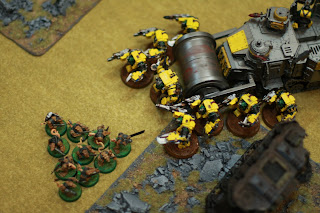 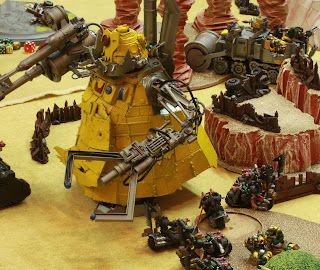 There were some great armies on my Macharian Campaign tables. And since I am all about the yellow these days, I loved these Orks. I especially love the Ratling Snipers lined up in "bowling pin" formation for the MegaNobz. 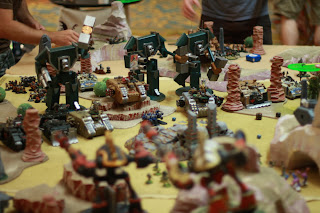 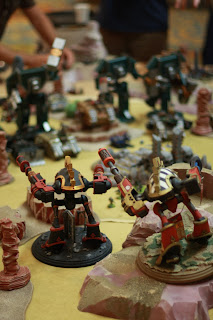 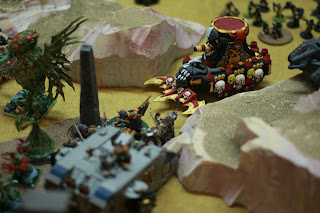 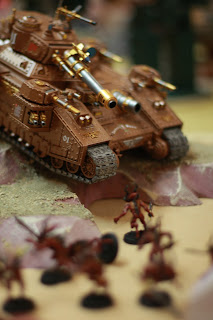 These were some pictures from the big Imperial-Chaos face-off. Great scratch-built Knight Paladins faced off against Chaos Warhounds, a fantastic Couldron of Blood and my favorite is the last, which should be a demotivator poster called "Futility". Good luck, lone Bloodletter.

One of the best lines of the weekend was in pre-game for this Imperial-Chaos battle.

"What's that Couldron of Blood count as?" 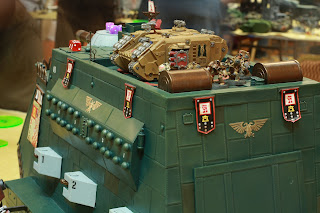 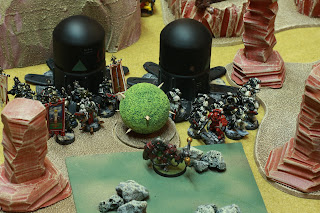 A few pictures of the great Imperial armies on my Narrative boards. Below, a few random pictures from the other Apocalypse boards. 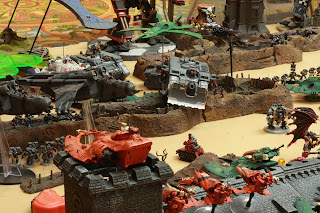 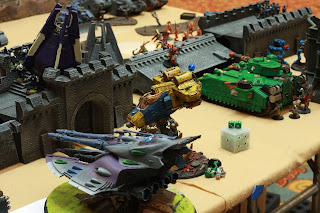 Sadly we didn't get a lot of painting contest pictures, but we promise to fix this for next year. Below are some of Grey_Death's entries and a picture of Michael Strange's awesome mecha-Tyranid army, the 40k overall winner. 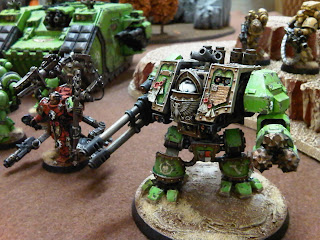 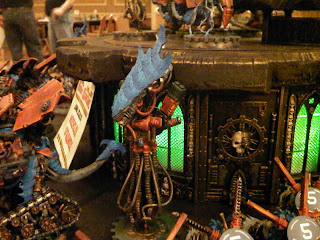