And now for something a little different: a little eye candy. We at The Painting Corps come across all sorts of cool projects, but not everything gets wrapped up into a Quick Tip or article for the site. Here are a few of the neat pieces of eye candy we've been working on or have seen around.

Besides scouring the local gaming area for spare heavy weapons to create some custom Lootas, Goatboy has been working on a lot of Marines lately. Here's a little sneak peak of some of his work. 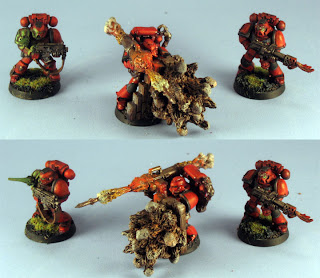 Also, if you're in the market to commission some painters, Goatboy, Aventine and a few others have started Full of Monkey Designs. Check out the "artists" tab for all sorts of cool eye candy.

Each of us here at TPC is creating a Badab army, so look forward to a serious amount of Space Marine content over the summer.

I've been hard at work refreshing my (now Feugan led) Eldar army. For the DakkaDakka Tutorial Contest, I put into words a little tutorial for making a quick scale pattern which I'm using on all of my tanks.


(If you're a Dakka member, please vote or me! :D) The scale pattern is even making an appearance on some banners and cloaks, so I plan on painting scales and spots until I just can't stand it anymore (hopefully after I finish the Eldar refresh).

And lastly, here are a bunch of pictures I've been meaning to post for a while. I attended Capital City Carnage just to take some pictures, since I'm not a Fantasy player. There were a lot of great looking armies around, but I haven't the slightest what any of them are. 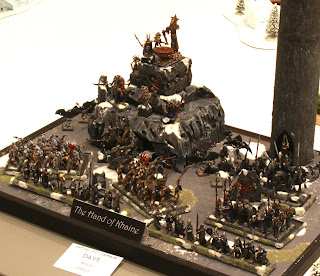 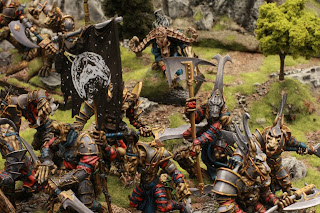 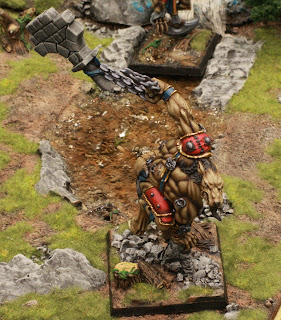 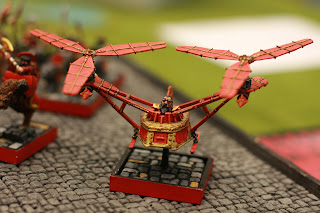 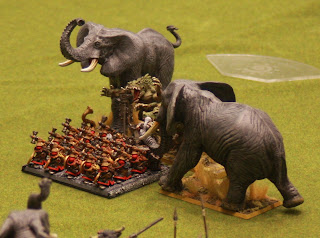 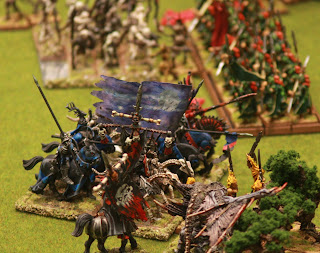 Got some eye candy or a cool project for us to check out? Send it to the TPC Inbox!