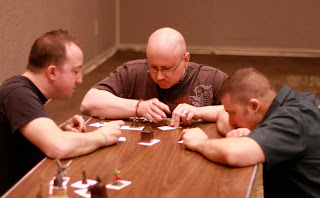 I'm just awake after a long night at Adepticon and here are the winners for the Adepticon Rogue Demon 2010.  Because Adepticon judges all of the painting after hours, players can use their models in the tournaments and still manage to enter the Rogue Demon.