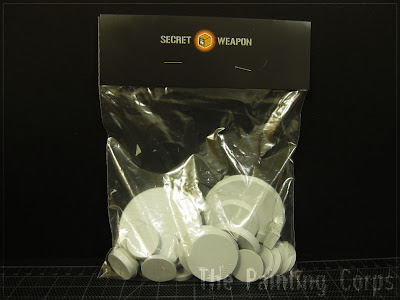 After a weekend gaming with friends, I arrived home Saturday night to a package from Secret Weapon Miniatures.  Inside I found a set of beveled edge flight deck bases I had ordered earlier last week.  These bases were released late last year and have been one of the base styles I've had my eye on for some time.  Thanks to misterjustin, I finally have my mitts on them and have taken the liberty of photographing them out of the bag so that others can see what to expect should they pick up a set themselves. 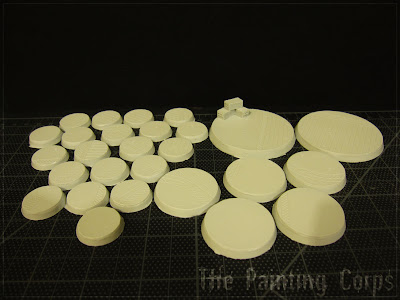 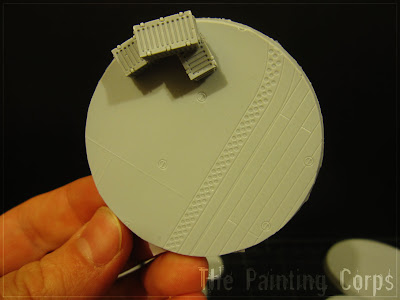 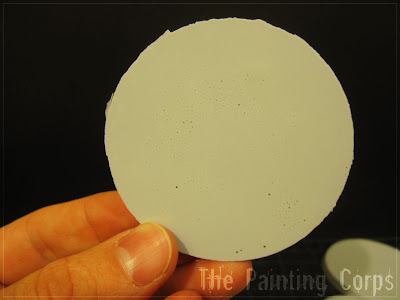 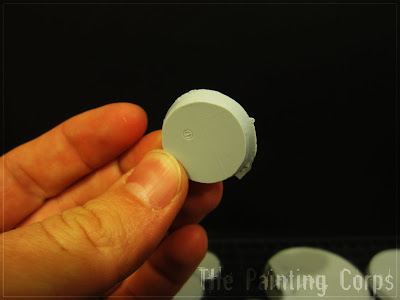 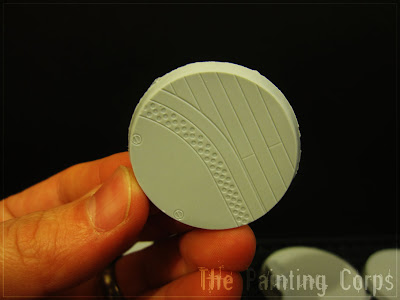 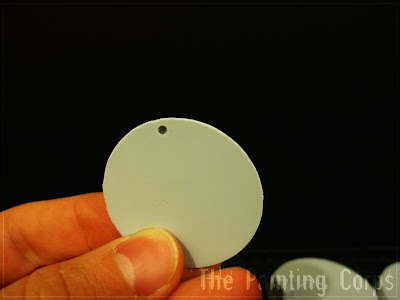 40mm Bottom
There is some flash around a lot of the bases, but it's nothing that a quick shave with a hobby knife can't handle.  The tops of the bases are all immaculate and don't have any bubbles or warping.  The bottoms of all resin bases tend to have some bubbles from the process but none of them ended up around the edges and there was only one larger bubble that I found and that's shown above on the 40mm base. Details are crisp and surprisingly fine.  There are some bases that I was quite impressed by because of how well the textures take while staying so shallow.

I'm really looking forward to putting these to use in the near future.  Right now I'm considering using them to build upon for some fun space hulk style basing for my Angels Sanguine.  But really, these are cool enough to spark an entirely new project if I'm not careful!
Posted by Unknown at 08:00