On The Table: Space Wolves Army 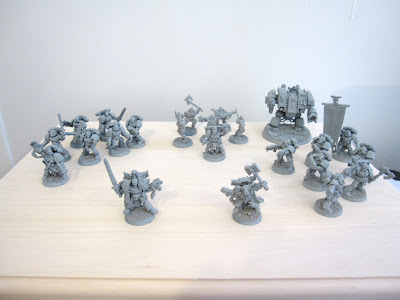 You never know when inspiration to start a crazy project will hit.  What's also unknown is in what facility it will manifest itself.  Last week I finished up a quick commission piece that I was doing for a buddy.  Painting that Lukas the Trickster apparently made my longing want for a space wolves army unbearable at last and I found myself feverishly stripping, remodeling, assembling and converting a bunch of old models I picked up a bunch of years ago from a good friend who stepped out of the game! 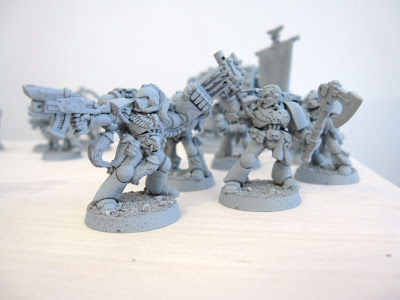 There were so many cool and fun old metal models in the mix that I just had to make full use of them all.  I have a strong attachment to the old days of 2nd Edition, and have always loved the Space Wolves from those days.  A lot of the models I was able to salvage come from those very years when the colors were vibrant, the models a touch static, and the characters powerful!  I was able to update most of them with newer power packs, weapons, arms, accessories.  I really dove rather deep into the Space Marine bits box to find appropriate weapons etc. for the army to fulfill it's potential. 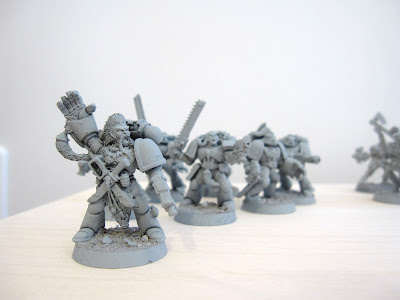 The hardest thing I found salvaging all of these models was making them fit with the codex restrictions.  I had to create a few of the wolves from scratch to help build the army with a few extras as wargear options that could come in handy! 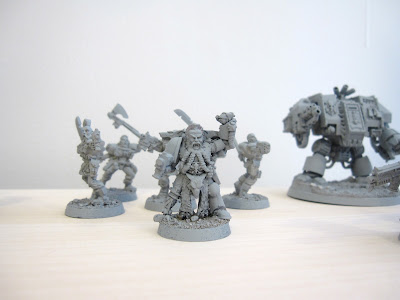 I had to strip the old metal models a few times scraped the paint from the recessed detailing with a wire brush.  But in the end that effort made for a lot of characterful units with a strong tie to the old edition.  Other models, like the Dreadnought was a part of my old efforts to build a Space Wolves army that never found footing and stayed locked away in cases on my proverbial 'Shelf of Shame'.  Now, with that passion for the army renewed, these models get to see the light of day! 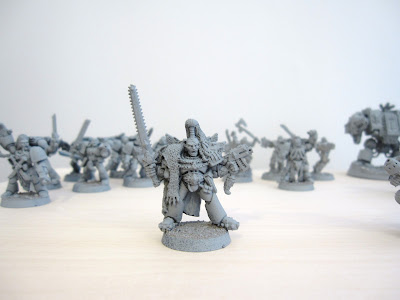 There will always be a spot in my heart for static models like the old Space Wolves characters.  Ragnar is one of those models I've tried to paint before but got fed up with the over-detailing.  This time around, after trudging through many hyper-detailed models for various models, I have more confidence he'll be completed! 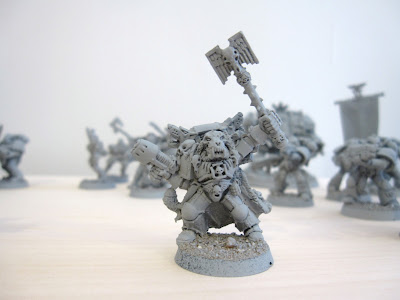 Character models also make good double duty pieces for any force.  You don't always have to play them as the special character and will be a good stand in for a mundane leader.  But always having that option to go big points at the flip of a models rules is one reason I'm always keen to use them.  Ulrik will likely lead my early small forces as his mundane counterpart, but once I start getting more finished, and am looking to play higher points, he'll become his real self on the battlefield.

I'm really looking forward to getting these models on the painting table now.  I also plan on modeling a display board for the army.  That could lead to a lot of future updates and tips as well!

Anyone done a major refurbish job in the past?  Have an army you're just now starting?  Tell us about it!
Posted by Unknown at 14:37